BOOST YOUR IMMUNITY THIS WINTER

With Australian winter upon us, it’s never been a better time to consider your daily habits and strengthen your immune system to prevent getting a nasty flu. Along with a healthy diet and regular exercise, functional drinks, such as wellness tonics, are packed full of B vitamins and vitamin C, minerals and superfood juices which keep your wellbeing in check and provide a natural energy boost. According to a report on 7News, when it comes to immunity, consumer research platform PureProfile polled over 1000 Australians across the country, with the sample statistically representative of the Australian population, to examine the country’s attitudes and habits when it comes to supporting immune system health.

When developing the SHŌJŌ wellness shots, nutritionist, Nikki Hart, worked with the Rogue Beverages team to incorporate emerging nutritional science with Asian and indigenously used natural ingredients, used for centuries for their healing properties. Their goal was to create an easy-to-drink shot, packed full of natural ingredients for functional benefits.

Nikki Hart said: “There are so many natural, proven ingredients with incredible healing properties which, when combined, offer ongoing health and wellness benefits. SHŌJŌ is an example of mixing together a handful of highly effective ingredients to achieve optimal results every day,” said Ms. Hart.

With many home remedies at the ready to keep you healthy during the cooler months, SHŌJŌ is recommended as part of a healthy diet and lifestyle.

WHAT IS TURMERIC? Part of the ginger family, turmeric is a flowering plant and is used for cooking, mixing, sprinkling, brewing – in its original form or ground into powder. Turmeric has a warm and peppery flavour, that brings an edge to hot dishes, teas and other drinks, and has a superfood within it called curcumin, an active ingredient regarded as having health benefits.

WHAT IS TURMERIC GOOD FOR?: In the West, turmeric has only recently been regarded as a health booster, traditionally being used to add flavour and colour. The more we learn about the health benefits of turmeric, the more we love it. In India and other parts of Asia, turmeric is well established as having health properties, long considered to combat inflammation and reduce cell damage. In Ayurvedic medicine, turmeric is considered a healing food, used for respiratory and skin conditions.

WHAT IS RED GINSENG? Panax ginseng, also known as Korean ginseng, is a plant species whose root is the original source of ginsenosides and gintonin, active ingredients which contain antioxidants that are widely regarded as having health benefits. It is used across Asia in soups, teas, foods, beverages, supplements and traditional remedies.

WHAT IS RED GINSENG GOOD FOR?: Red Ginseng is used as a tonic herb in traditional Chinese and Western herbal medicine. The benefits of red ginseng are mostly associated with ginseng root extracts from mature roots grown for at least six years. Known as “the king of herbs”, it is widely used in Asian remedies for a number of health conditions, particularly cognitive and neurological function, boosting energy, reducing blood sugar and improving sexual function. While its use is relatively recent in the west, ginseng is widely used in energy drinks, teas and supplements.

Hear what our in-house nutritionist Nikki Hart had to say about functional beverages and their positive impact on immune function in her interview with The Better Health Channel: 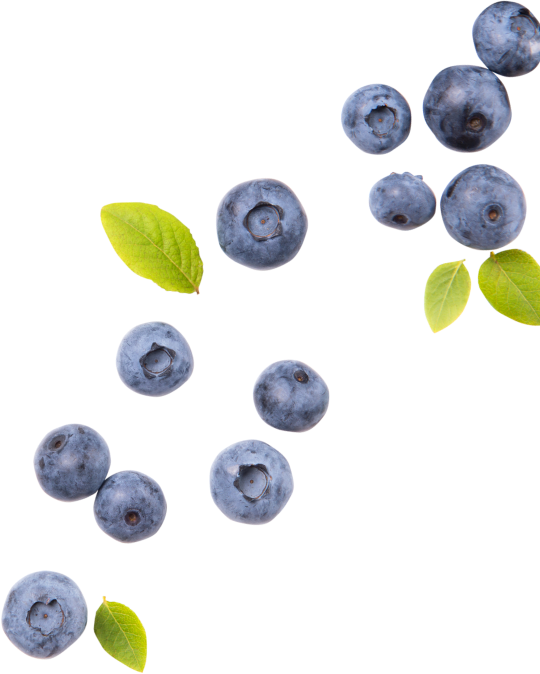 Grab a shot for Christmas

Silly season is back, along with the usual tips on How to Party Healthy; have a glass of water between alcoholic drinks, eat a healthy snack before you go out, keep physically active. Do you feel like you’ve heard it all before?

EAT RED AND BLUE FOR A BETTER YOU

If an apple a day keeps the doctor away, imagine what more red and blue fruit and veg could do for your health.
It is becoming apparent that some of the greatest health benefits are from anthocyanins, the red and blue colour in a variety of fruit and veg.

WANT TO HIT YOUR FITNESS GOALS? GET SOME SLEEP!

Do you love to run but get frustrated when your body can’t ‘back it up’ the next day?  Do you complain in gym class that you still haven’t recovered from the last one?

Chances are you’re not giving yourself enough rest and recovery – and that includes sleep.

Read more >
back to news 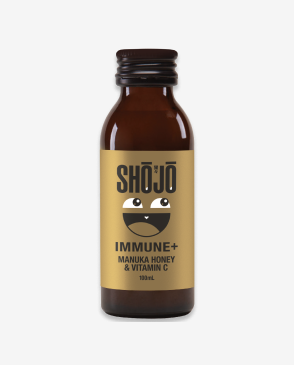 Make downtime disappear with ingredients like Manuka Honey and Vitamin C on your side. 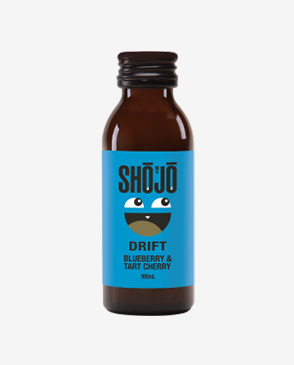 Revolutionise your muscle recovery with the help of natural melatonin and calming magnesium. 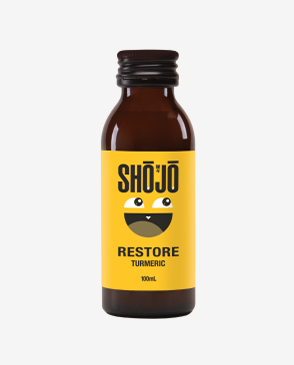 Reset, refresh and restore your body with our bestselling Turmeric Tonic. 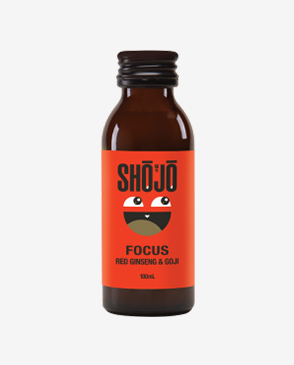 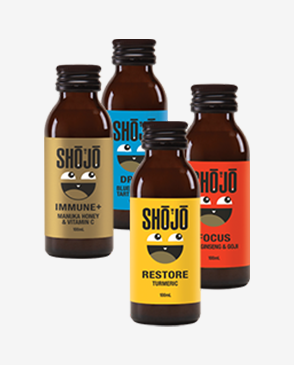 So busy you’re not sure what’s next? Dip into SHŌJŌ Tonics mix pack to suit any need.